Every so often an artist captures a complex problem in a simple way. I’m in awe of the photo or sketch that conveys nuances in a glance, and of the poem, song or piece of flash fiction that evokes layers of meaning in its few words. The best of popular music manages this, I think. I put the song “I Need A Dollar” by Aloe Blacc in this small group.

Working hard, can’t get a break, can’t get ahead. Why is it all around me? Substance abuse for comfort? Substance abuse as part of the problem? Which came first? Is this life’s plan for me? Do I get some kind of reward after death for my perseverance? Or perhaps not. Maybe I should just give up now? Too tired to think it through. Another drink? Another day. It has to get better. Doesn’t it? 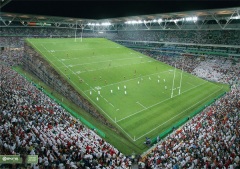 I hear a lot of questions in this song, and a lot of anguish, and the odd hope that the teller’s tale might be worth a few dollars in the end. Yes, it is a song to think about when you contemplate building a level playing field in this world.

Which brings me to the fact that I recently began volunteering at a shelter, and yesterday one of the employees discovered that I was from Houston. She felt compelled to share with me that Houston is the home of her favorite minister, someone I had never heard of named Joel Osteen.

I’m not big on evangelical ministers or mega churches, but she went on about how great this guy was, so I looked him up. Yup, he has about 43,000 people in his church, is worth about 56 million, and lives in a ten million dollar home. What a great man. And, as the shelter worker pointed out to me, his wife is gorgeous, too.

Okay. Given what I know of evangelical churches, I suspect that most of this man’s money has come from people who desperately “need a dollar” and have been persuaded by him to tithe the tiny bits of what they do have to one who promises to bring them better fortune in this life or the next. Clearly, the person who is getting better fortune out of this is Mr. Osteen.

Yes, people can do anything they want with their limited income, and yes, most probably get some sort of comfort from this guy. At least I hope that they do. None-the-less I found his very existence to be even more discouraging than the verse about the singer’s good friends whiskey and wine. There are so many shitty ways to take money from the tired and discouraged who barely have it. And we keep coming up with more.

So many ways to lose. Maybe not a single way to win. Is this the way HAS to be?

So I listened to the song again, hoping that maybe Aloe Blacc had hidden an answer of some sort in with all his questions.

No, not really. But I continue to admire a singer/songwriter who at least asks the questions well.

(Note: I refer to the song “I Need A Dollar” in my book y2. Enjoy this excerpt and the link to my favorite video of the song which follows.)

Afi, meanwhile, had used most of his remaining cash to buy a used bicycle at a thrift store that he found near their rent-by-the-week apartment. Joy was annoyed at the frivolity of the purchase and said so, until Afi pointed out with a trace of irritation that he was trying to find a way to contribute. If he could get around, he might be allowed to perform for tips at one of the tourist places, bringing in at least a little cash under the table while she sought out the more dependable teaching work for which she was qualified.

She apologized with a simple “I’m sorry” but that evening as she watched him head off to towards the nice hotels on his beat up bike with his fire knife dancing supplies on his back, the Aloe Blacc song “I Need a Dollar” played in her head. As she sang along to the lyrics of a man desperate to make ends meet, she thought that perhaps she had sold Afi short by not recognizing his talents or his ingenuity. She owed it to him not to make that mistake again.

Late that night they shared a mattress and the comfort of worrying together.

This video of Aloe Blacc performing “I Need a Dollar” with The Grand Scheme at Southpaw in Brooklyn, New York, lets you see the artist close up and feel the fun he has performing this serious song. But the best part is the last two minutes, when he mentions his Jamaican roots and then adds on a short version of the song, reggae style. His compassion comes through along with his smile.